Fragments This page is part of the collection 'Ottawa, Carleton Library, Archives and Research Collection, Ms. 1'. 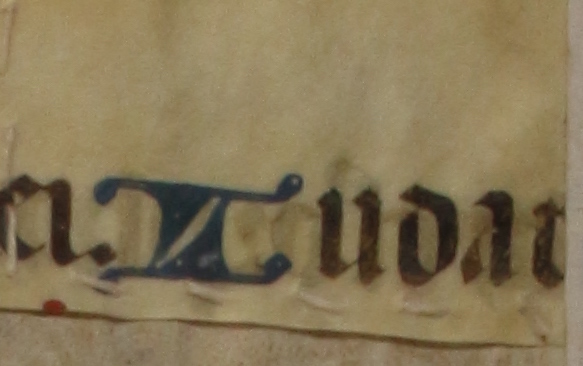 The elongated handle on the D is characteristic of very formal gothic, but there is a lack of flat minims so I do not want to label it Formal or Precissa, the U is very similar to formal gothic, however gothic was influential all over the west.  The A - looks similar to Southern and Northern Textualis, except the hairline seems to non-existant or faded. 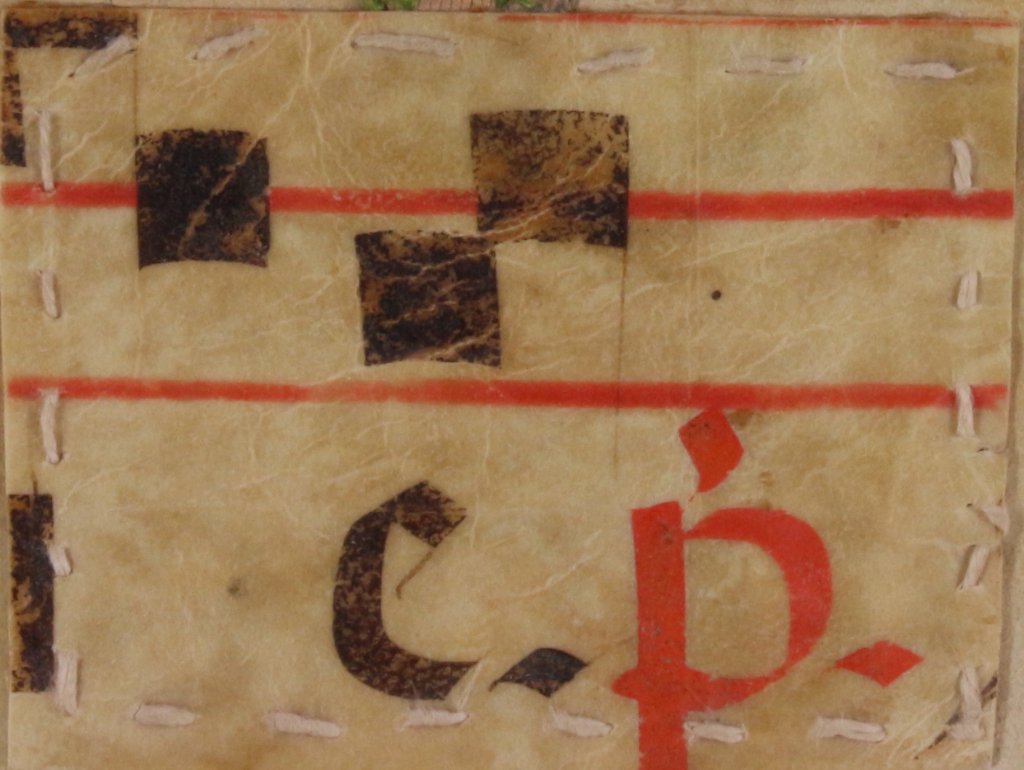 I have identified the fragment on 15 Recto as 14th Century, Semitextualis or Semi Quadratta. This is due to the variation of flat and rounded minims.
The a's are treated differently, which supports the thoughts of some members in the class that these fragments were scraps used for practice.

The rounded S is characteristic of Gothic rotunda in semi-formal script it is present at the end of words. The elongated S is also present and is normally used in a more formal script.

I have dated this fragment to the 14th Century because the cross bar is still used in the elongated S, which goes out of common use in the 15th century 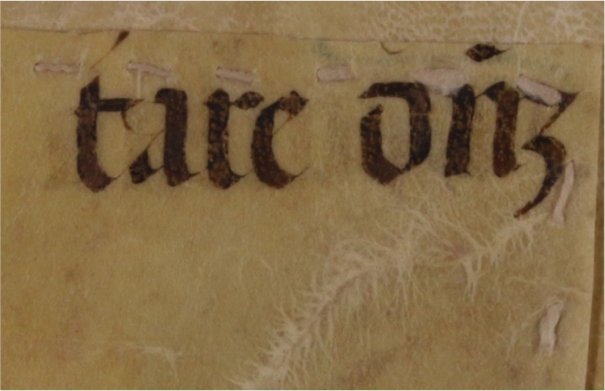 The A and D take typical rotunda form. The D is very round, which is more characteristic ofNorthern textualis. This suggests the script is more likely by an Italian scribe, or someone familiar with Italian hands. The 'flicks' of the minims suggest Libraria script, meaning it was written more informally. 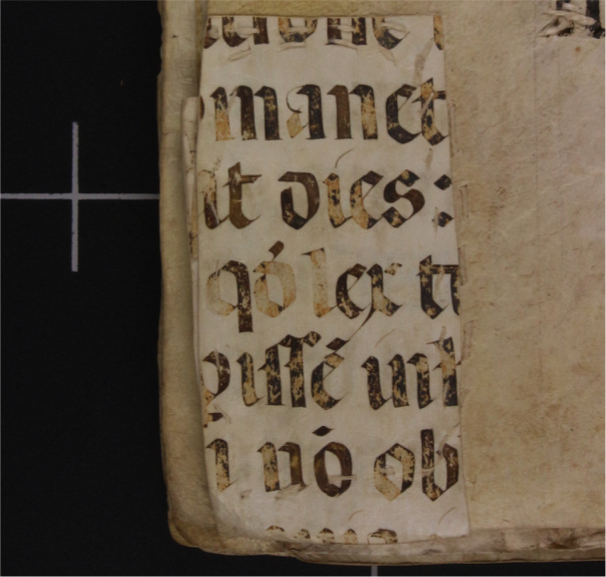 This fragment is probably one of the most formally executed of the fragments, this is due to the uniformity of minims falling flat on the line. A Unique character in this fragment is the X in line 4. My research has confirmed that the execution of the X in this way (two strokes not crossing but biting each other  )( <- like that ) is more formal. There also seems to be an influence of Italian book hand on the elongated descender which makes me want to locate this script specifically in Italy.

The four fragments that are printed on paper seem to be from the same book as they use the same Roman type font which I have classified as Aldine Type Font. This specification is due to the difference in size from Aldine type font to Jensen. Both Type faces orginaited in Venice and spread throughout Italy, working their way through most of wstern europe. Jensen became the most popular typeface and contiued after the min 15th century, becomeign the basis for more early modern typefaces.

The model comparing the two typefaces (to the Right) shows us the subtle difference, something specifically that stands out in relation to the fragments of MS.1 os the treatment of the Q in Aldine typeface. The Q is very similar to the Q found in Fragment 4 Verso. Aldine typeface is known to have been in use from 1495 until 1515 which Helps us date these fragments as early 16th century Aldine Roman Font.

It is important to keep in mind that even these typefaces had small variations due to the printer.

While in-depth scientific analysis may be required to date the repairs, from the paleographical identification of the fragments we can see that the manuscript was repaired in Spain or Portugal, Italy, and England. The script of the fragments show us that the manuscript was in the hands of those who has specifically Iberian manuscripts to repair sections (fragments 4R, 9V, 15R, 24R, 24V, all which date earlier as well) And possibly moved into the Italian peninsula where specifically Italian influenced fragmental repairs were received (fragments 4V, 17V.). It is also possible that the manuscript received a repair while in England or the low countries as some fragments have a more northern influence on their script (Fragment 30V.)

If we continue with the idea that this manuscript belonged to a community that didn't have much money, some of the fragments being practice strips seem quite likely. This community may have had access to earlier dated manuscripts which they looked off of or used for repairs.The use of the same printed document to make repairs on 4V, 12R, 18V, and 23V suggests that these were made after a change in location in the 16th century where they could afford earlier 16th-century books and afford to destroy them.

I have identified most of the written fragments as within the Rotunda family, varying in formality. Secondary literature on paleography often uses terms that are interchangeable to some scholars. Albert Derolez uses the term "Textualis" as a way to say rotunda, therefore I will be using these terms interchangeably, using textualis when the text is specifically close to the script within MS.1 which Kate has identified a portion using the term Textualis.

The way I have worked through identifying the fragments is by examining the differences in each script and researching their elements looking for clues as to specific time periods or location. It is important to keep in mind that different scripts were spread throughout the west by exchange of manuscripts leaving influences on the scribe. These pieces of parchment may also have been part of a greater manuscript or used for scribal practice. If these fragments are used for practice this would explain the various conventions I find within them, most of the fragments require a greater portion of their original page to have a more definitive identification. But, it sure is fun making creative conclusions based off of simple orientations and hairlines.

At first, while I researched the short descender and tail of the P characterized it as gothic (the first two P's in the picture below). However, this character is unusually thin which helps me date it to later than the 15th century.  the last p in the image below is from a Spanish manuscript between 1550-1660. This P is also found in printed types which suggest an influence on the style by print culture. 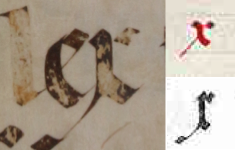 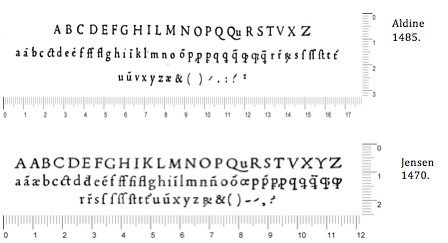 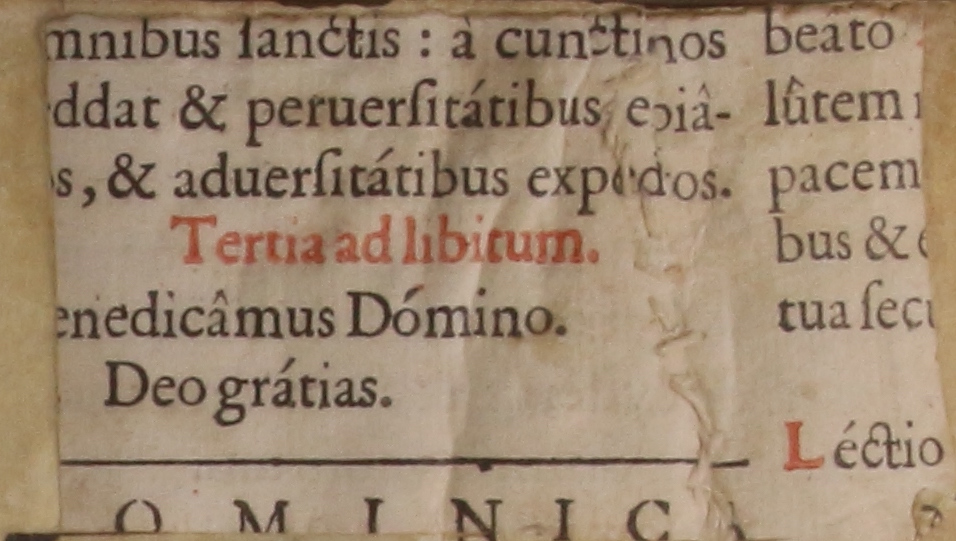 Bibliography for Palaeography of the Fragments

All of the fragments treat their a's and d's in the same way. Their variation can be explained due to different formality, scribal hands and ink. This helps us be sure of their Rotunda lineage.

I suggest that this script is Formatta because of the attention to straight minims which are used most often, some times the minim is curving towards the right at the end of a letter, which is still common in formal scripts. The rounded tops (especially on the M's) help me identify it as exemplary of rotunda. The treatment of the P (example in line 9) which has a line through the descender is actually a 'per' abbreviation, this is commonly used in southern textualis script. 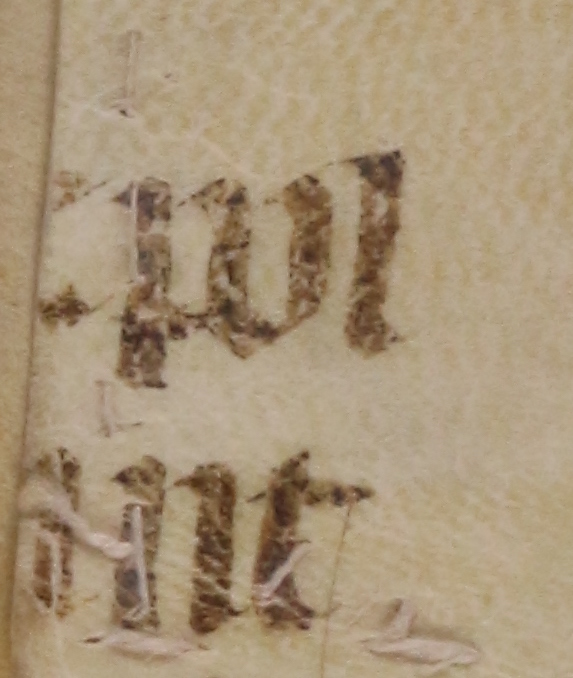 I believe the fragment on 24 Recto is placed upside down. Reorientating the fragment this way shows the letters on a straighter line. There isn't too much to work with here, however, it can be identified as rotunda. Some minims lie flat whillke others have a rounded flourish which suggests Semi Quadratta Rotunda. Through consultation of Detrolez I believe the first identifiable character on line 1 is a PO elision, characteristic of southern Textualis, 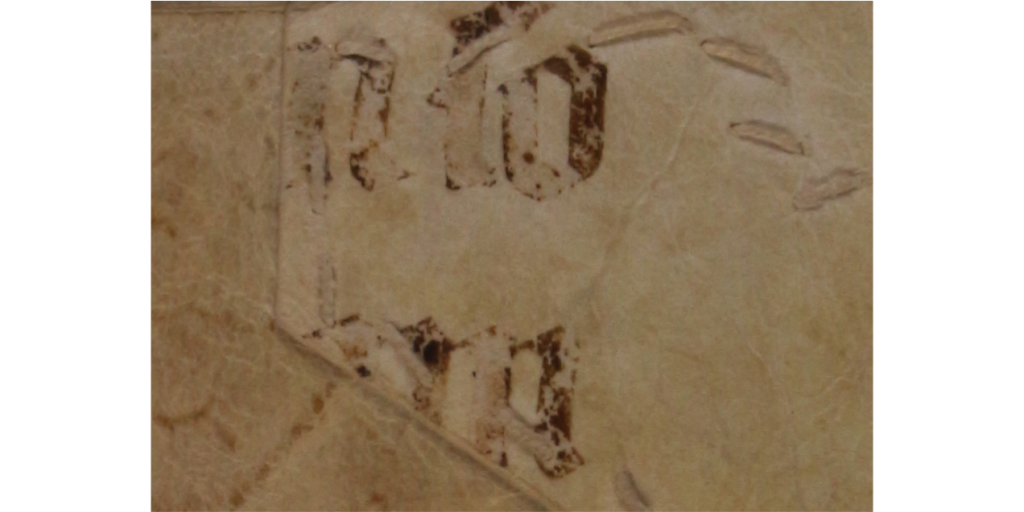 The characters in this fragment are different from the rest as they have more angular characteristics to them, especially the tops on the M in line two. This suggests the script is Gothic Textualis.  This is one of the only fragments that could be identified as other than the Iberian peninsula or Italy. this gothic script spread from France, England and the low coutnires. 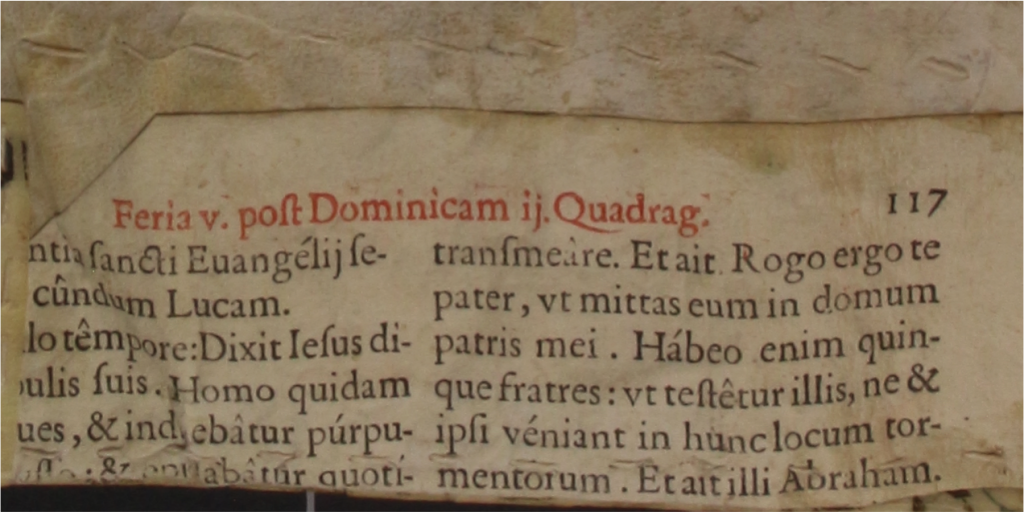 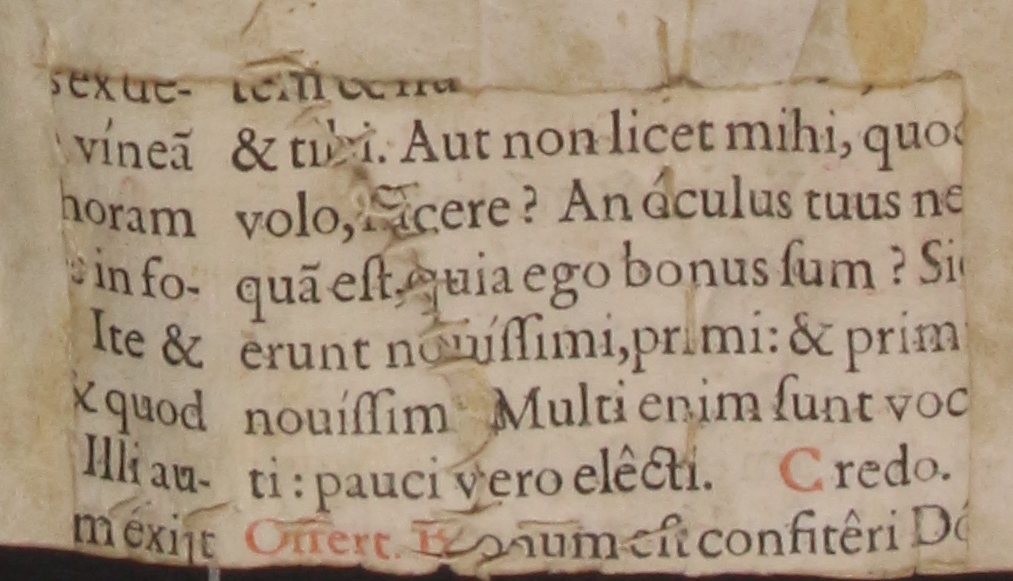