Italy 1 This page is part of the collection 'Archaeology at Carleton 2016'.

Jon is working at the Gabii Project, a town with habitation from at least the 9th century BC and into the Roman period, 18km from the city of Rome.

This year has seen many firsts for me in coming to Gabii: not only is it my first time on an archaeological excavation, but it is also my first time in Rome, Italy and Europe.  Having started studying Classics later in life I am thus both very excited and grateful to be a part of this experience.
After a period of exploration, adjustment and trying to improve my rudimentary Italian, I have settled into a routine after our first week of excavation.  I was impressed by the site of Gabii during our introduction on the first day and remember looking at the unexcavated areas wondering what we would find and learn about this very dynamic site this season.  We wasted no time in beginning our work and it is exactly what I imagined an archaeological excavation to be like.  Though the heat and sun make for more challenging conditions, it is a true expression of what I have always admired about archaeology's dual physical and mental demands.
From my fellow students who have taken part in previous excavations I have learned much about the practice of excavating and maintaining one's health during the season.  One's caloric and fluid requirements are much higher than usual and it is important to keep properly fed and hydrated and as such the experience of others is very helpful.  The supervisors in my area (Area I) have been excellent and I am already learning many things about the process of excavating and labelling finds that I did not previously know.  Though I have had a morning in the Zooarchaeology lab learning about the identification of bones, I look forward to working in the Finds and Environmental Labs as well to learn how finds in the field are analyzed and processed.
In the complex story of the history of Gabii, I was hoping to work on a site from the Imperial era and Area I seems to be from this time.  As one of my primary interests is Roman water systems, it would be all the more satisfying to discover the presence of hydraulic features at this site, but such remains to be seen.  So far each day is more exciting than the last and though I have personally spent most of my time preparing areas for the true excavation of lower layers, every find is interesting and I look forward to being a part of unravelling the mysteries of Gabii and learning increasingly complex excavation techniques in the coming weeks.
Details 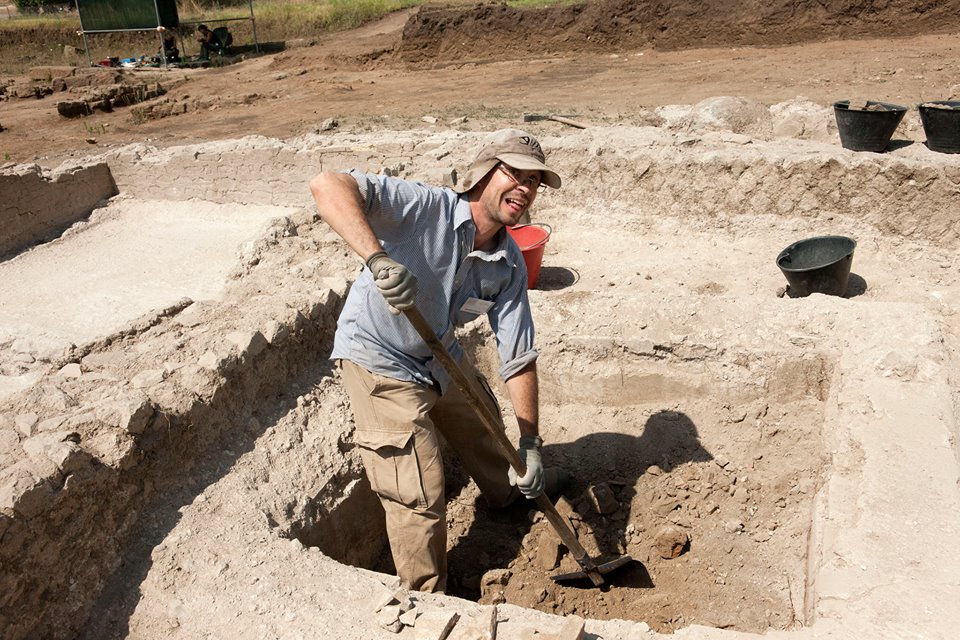 Now that the last week at Gabii has come and gone, I have been able to reflect on the past 5 weeks and my development since our first week in the field.  When we began excavating I was filled with the excitement that has continued to sustain me to the end, but I lacked practical archaeological experience and specifically experience at Gabii.  Now, just as the end has come, I feel competent enough to truly begin.

Where before I simply used my trowel to remove dirt in what must have been a relatively ham-fisted manner, I can now employ a wider variety of techniques from delicate to vicious.  I can also use my trowel to test the hardness of soil or a surface either by how it feels or the sound the tool makes.  I have learned the most effective ways to brush away dirt and when to avoid substituting the brush for the trowel as well as how to distinguish more subtle differences in the colour or texture of soil.  When it comes to wielding a pick axe, I can now do so gently enough to crack an egg.

Archaeology has lived up to my initial perception of it as a work of science and art.  The two come together in wonderfully in assessing a site or feature, speculating about its appearence\use in the past and analyzing finds in the lab to reconstruct a picture from the past.  It is also indeed a great fusion of physical and mental activity, which I find reinforce each other.  It is hard to get tired from efforts in any area and in fact, the harder I am expected to work, the better I find I am able to perform.

As it appeared in the first week, our area indeed contained a hydraulic feature related to an industrial process, perhaps either wine or olive oil, and I could not have asked for a series of features more in accord with my areas of interest to excavate. Over the weeks I learned to distinguish common finds from finds of particular exceptionality where originally every bit of pottery or tile seemed more exciting than it was useful or unique.  The complexity of the site also suggests that the building we excavated underwent many changes in its history and I'm sure that a great part of the story of Gabii's history can be told from sites such as this.

Spurred on by exploratory zeal, I was driven to work to my fullest and in the process of this experience have learned valuable lessons to maintain my body under conditions such as we faced.  Proper diet, rest and attention to any small injuries are a must in order to keep working in an effective manner and I found out quickly how much water and food was required to do so. Eventually I began to bring a bottle of sweet ice coffee with me in addition to my normal work water, which helped energize and cool me down at lunch.  I also started to bring a bottle of olive oil to moisten the bread from my sandwiches and provide extra fatty energy.  Having slightly hurt my knees early on in the excavation I also found icing them brought them back into form quickly.

I found my entire time at Gabii and in Rome an enlightening and life-changing experience and though I know this was the tip of the archaeology iceberg, it was the most excellent possible introduction.  After these five weeks at Gabii and being a former high school teacher, I am now compelled to share my experience and the process of archaeology in general with others.

With greatest thanks and best wishes to the Gabii team and my colleagues!
Add comment Details

Looking over Area I with supervisor, Jason Farr 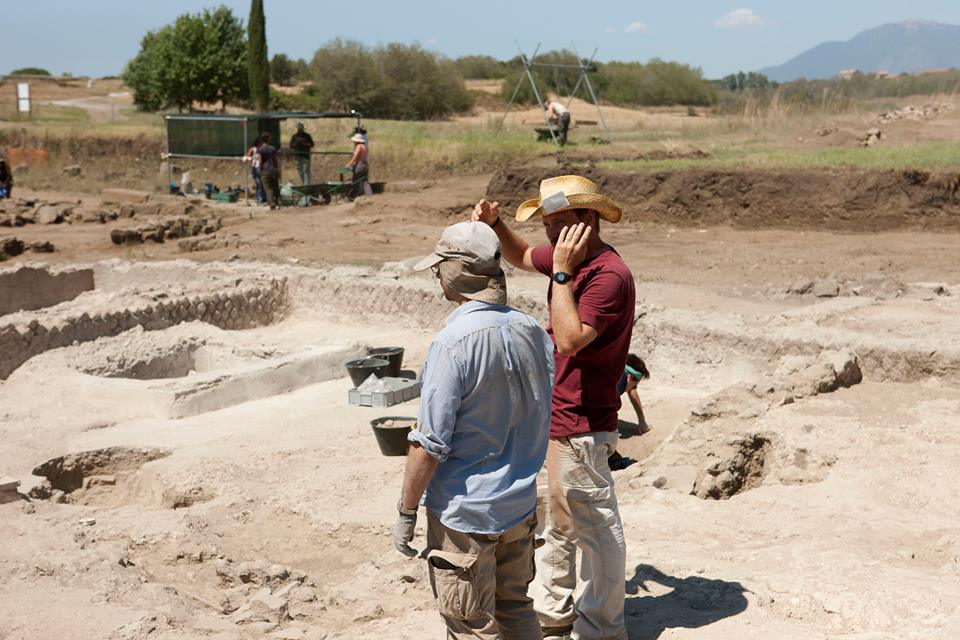